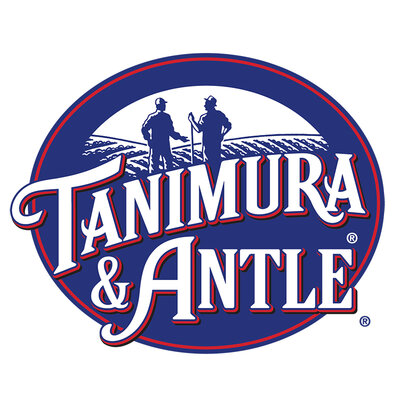 George Tanimura was born in San Juan Bautista, California on July 2, 1915. He was the oldest of twelve
siblings, and began working in his family's Castroville, California iceberg lettuce fields while in grade
school. He took over as the head of his family and its business as a teenager when his father died in the
midst of the Great Depression. He and his brothers built a large business. Then they lost all their land
and property when he and other family members were sent to an Arizona internment
camp during World War II due to his Japanese ancestry, even as his brothers fought for the U.S.
overseas. It was there that he met and married his wife.
Following the war, Tanimura and his brothers rebuilt the family business, starting as field laborers on
small plots of land in Gilroy, California. They saved enough to buy an acre of land and rebuilt their
business. By the late 1940s, Tanimura and his brothers began working with grower-shipper Bud Antle,
and eventually began growing exclusively for that company.
Bud Antle, born in 1914, began farming lettuce in the Salinas Valley under the Bud Antle brand name.In
1972, after Bud Antle died at age 58, Bud's son Bob became chief executive officer of the Antle
businesses. Following six years of further development, the Antle businesses merged with Castle &
Cooke (now Dole Food Co. Inc.) and he joined its upper management. Bob served on the Castle & Cooke
board of directors until 1982. After his departure in 1982, Bob, along with his sons, Rick and Mike,
formed Tanimura & Antle with George Tanimura and his brothers, Charlie, Johnny, Tommy, and Bob,
and nephews Gary and Keith. George and Bob Tanimura and Bob Antle became co-chairmen of the
board. With the death of Bob Antle, his son Rick Antle assumed the position of CEO.
Today, Tanimura & Antle remains committed to valuing its employees as its greatest asset through
various projects including an Employee Stock Ownership Plan and a $17 million investment into new
housing for its field workers.